As the cloud wars extend under the ocean, colo is coming to cable landings. At sites stretching from Canada to the tip of Florida, colocation providers are building data centers at the sites where undersea fiber optic cables arrive in North America.

These projects reflect the expanding geography of the data center business, as content providers and cloud companies seek new ways to move data around the world. Facebook, Microsoft, Google and Amazon are all investing in undersea cables, in some cases seeking new landing sites to diversify their network infrastructure.

Several entrepreneurs see an opportunity in this trend. Cable landing sites usually feature minimal infrastructure, perhaps a manhole near the beach where they come ashore and sometimes a small facility operated by the phone company or cable owner. From there, fiber routes carry the data to carrier hotels in major cities like New York or Los Angeles.

“I see a new edge,” said Hunter Newby, a principal in Fibre Centre, a neutral colo facility at a landing station in Moncton, Canada. “It’s called the continental edge. This is why I focus on subsea cables. Neutral colo facilities are moving away from the carrier hotels and moving closer to the cables. They literally cut out the toll fees.”

“If you want to go from Ashburn to London, why should you have to go through New York?” said Gil Santaliz, the founder of NJFX (New Jersey Fiber Exchange) in Wall Township, N.J.

“We believe we provide another local option for colocation customers in northern New Jersey and Philadelphia,” Santaliz added. “You can connect your networks in the first and last place your data lands in the U.S.” 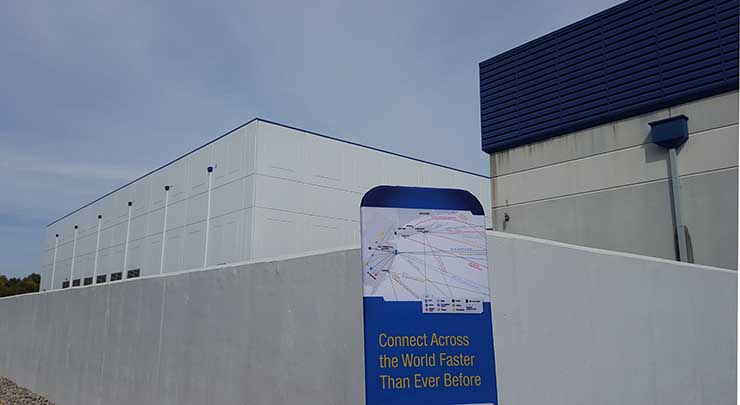 NJFX is the largest and most ambitious of those projects. It’s a 64,000 square foot Tier III data center built next to a cable landing station operated by Tata Communications. The facility is about a mile from the ocean, and with 10 megawatts of power capacity, and could support as many as 1,000 customers, according to Santaliz.

“This building is about interconnecting networks in the most unique place,” said Santaliz. “We intersect a subsea cable. There are only so many places where they actually land.”

Santaliz was previously the CEO and founder of 4Connections, a metro fiber network provider that was acquired in 2008 by Optimum Lightpath, a unit of Cablevision. Santaliz explored several opportunities in the data center business before building NJFX. He believes cable landings are an emerging focus for companies seeking to move oceans of data.

“There’s an explosion of content,” said Santaliz. “You see content providers investing in subsea systems around the world. Not being able to get across the oceans is unacceptable. They need to have more control. In the past, there were only a select few who could afford to be here.”

NJFX is carrier-neutral, providing broad access to its connectivity. “You don’t want a carrier controlling this facility,” he said.

Santaliz found a kindred spirit in Newby, an industry veteran who played a key role in building Telx at 60 Hudson Street in New York, one of the first major interconnection facilities.

“Hunter’s a great friend,” said Santaliz. “His vision was always to do something like this.”

Newby’s newest project also offers a route around the big-city carrier hotels, only coming from the North. Fibre Centre is a 23,000 square foot neutral colo facility in Moncton, New Brunswick, which sits atop several cables that cross the Atlantic and cut through Canada’s Maritime provinces en route to New York and points south. 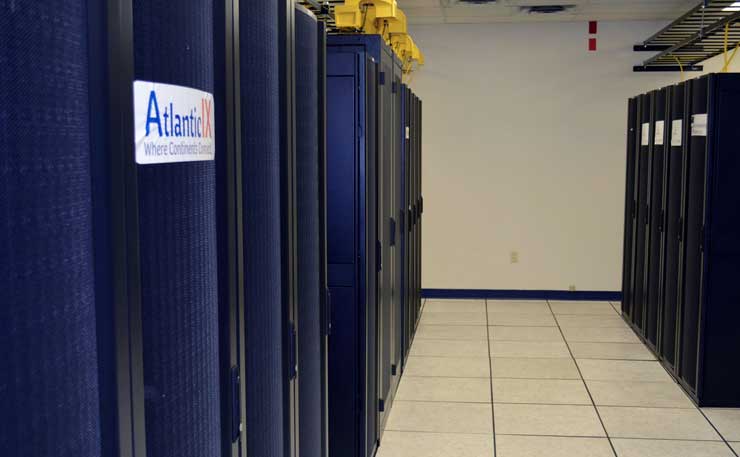 Newby saw Moncton as the perfect place to connect the subsea cables to their terrestrial carrier networks, and enable service providers to store data at that intersection.

“The problem is that the shared infrastructure for undersea cables, until recently, has been owned by the phone company,” said Newby. “That’s the perfect opportunity for neutral colo.”

Moncton isn’t going to explode into a major market like the colo clusters in Ashburn, Virginia or Silicon Valley. But it offers the closest carrier-neutral colo to Europe, which is attractive to some global players.

“It’s a much smaller market by size and trajectory,” said Newby. “That’s why the (data center) REITs can’t plant seeds there. This opportunity is not for everyone. It’s not a generic REIT product or a small business product. It’s for network architects.

“I’ve been exploring this concept for years and doing my due diligence,” said Newby, who partnered with fellow telecom entrepreneur Uri Litvinenko on the project. “As luck would have it, the Lottery Authority in Moncton was selling its headquarters and data center.”

The building already had a backup generator and 3 megawatts of power. Hurricane Electric and Hibernia are among the customers, along with numerous local businesses.

Newby also operates the 1025 Connect, a carrier-neutral colo facility near cable landing sites in Long Island, an effort he launched in 2009. He thinks that was ahead of the market, but says the business opportunities at cable landings were showcased by the 2012 launch of an Equinix data center at a subsea cable landing in Boca Raton, Fla. The profile of cable systems has also been boosted by the investments by hyperscale Internet companies.

“It is very interesting to see the content providers getting involved in undersea cables,” said Newby. “It’s about control and economies of scale.”

Owning part of an undersea cable ensures that companies like Facebook, Amazon and Microsoft will always have access to trans-Atlantic connectivity, and don’t rely on a third party for that connectivity – as could be the case at a landing point controlled by a single carrier. 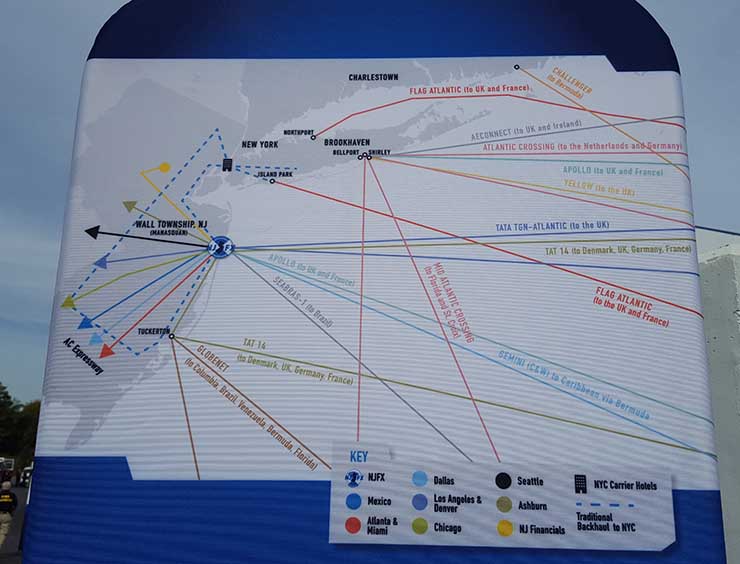 One city that has emerged as a potential beneficiary of this trend is Virginia Beach, Virginia. That’s the U.S. landing point for the new MAREA cable backed by Microsoft and Facebook, which connects with Spain.

Telefonica recently announced plans for a 23,000 square foot data center at the cable landing site, while EdgeConneX has just completed a facility about 15 miles away in Norfolk. Local officials expect additional data centers to arrive soon.

“This project significantly advances Virginia Beach’s potential for future projects of this kind,” said Virginia Beach Economic Development Director Warren D. Harris. “These companies cluster, and we plan to leverage the Telefónica announcement to bring more data centers to the City. Additionally, we anticipate even more interest because the stronger telecom infrastructure will have great appeal to businesses that require big data.”

Virginia Beach: These companies cluster, and we plan to leverage this to bring more data centers to the city.

The Virginia Beach site is being positioned as an additional gateway for companies seeking to move data between Europe and “Data Center Alley” in Ashburn, Virginia, which is the largest U.S. data center market.

Santaliz says that if you want to improve your Trans-Atlantic data transfer to Ashburn, you don’t have to wait for the 2018 arrival of MAREA. Ashburn and Virginia Beach may be in the same state, he said, but they are 229 miles apart, while it is 230 miles from Ashburn to the active NJFX site.

Either site will offer important new options for network builders, he said.

“Ashburn seems to be the hot spot for big pipes,” said Santaliz. “Traditionally, you had to go to New York. Now you don’t.”

Join our email list to stay in the loop with Fibre Centre news and events.